A steel giant in Africa

Situated in the province of Tete, the Moatize Mine is one of the world’s principal coal sources producing an estimated total capacity of 11 million metric tonnes per year. However, with efforts to boost nominal capacity to 22 million tonnes per year, the existing power supply would not be sufficient.

The mine owners and project financiers, VALE Mozambique, contracted us as the EPC for the construction of a 42km double circuit 220kV transmission line. VALE Mozambique’s primary objective is to provide additional supply of electricity to the mine in order to accommodate increased power demand due to the mine’s coal production expansion goal. The long-term objective is to accommodate the evacuation of generated power from a proposed coal-fired power plant, which will be developed by other independent power producers in Moatize.

The transmission line, has been fully operational since the end of 2015 with the final completion certificate received in May 2017. The transmission line is integrated into the national grid, which is operated by the Mozambique national utility, Electricidade de Moçambique (EDM). The line incorporates 124 lattice steel towers linking the Matambo substation (right river bank) and Moatize substation (left river bank), which includes a spectacular crossing of the Zambezi River in one span of 1,556 meters – the longest in Africa, and in the top 20 in the world. The design also includes two towers at a height of 156 meters – the second highest lattice steel towers in Africa, and within the top 25 in the world – situated about 10km south of Tete city. 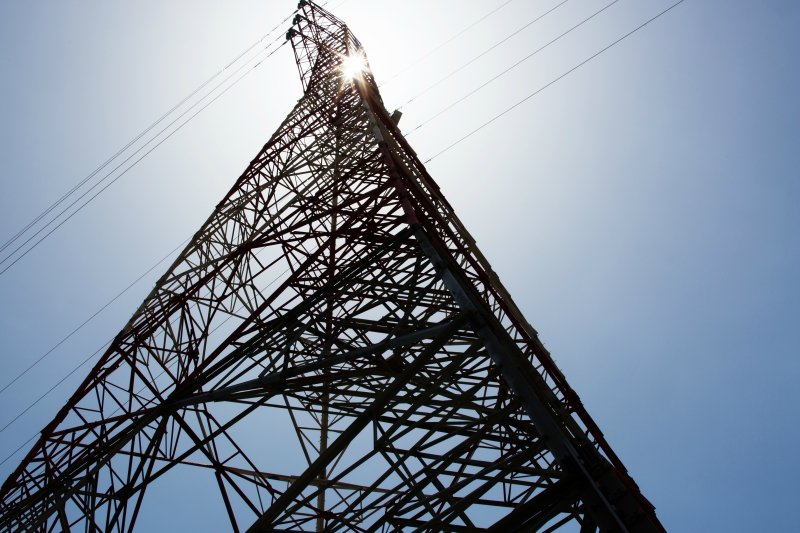 Due to the length of the river crossing and the relatively flat topography, the selected technical solution was to implement only one span for the crossing in order to avoid the erection of towers in the middle of the riverbed with unstable soil and a high flood risk. Consequently, the EPC developed an inhouse design for the four towers composing the River Crossing and two types of tower designs – two towers constituting the ‘H type’ at a height of 156 meters and weighing 230 T each; and the remaining two towers being ‘M type’ with a height of 40 meters and weighing 40 T each. In addition, an HTLS curlew conductor, using a carbon core cable, was selected for the crossing due to its specific mechanical and electrical characteristics.

Due to the size and location of the line, a drone was piloted for the stringing of the rope (prior to the stringing of   the conductors) to cross the river. However, various technical difficulties occurred mainly due to the hot climate conditions impacting on the flying conditions of the drone. This reverted to a more conventional approach using   a barge to cross the river. Another major challenge was to apply health & safety standards used in the mining industry and to achieve a target of zero accidents during the construction phase. Fortunately, with adequate training and a sound human resource policy, no accidents occurred on site. 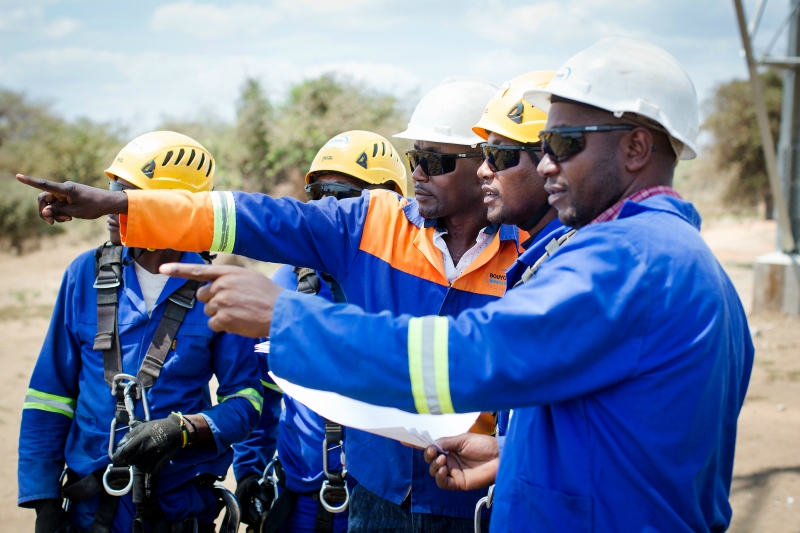 The project scope held local capacity building in high regard. Opportunities for local businesses availed themselves from training, catering, transport/logistic and medical assistance. In total, this labour-intensive and training-oriented project accumulated 10,900 hours of training for local staff, which enabled the project to achieve its scheduled completion time and  within budget. The project team worked closely with the Ministry of Agriculture to address specific environmental requirements. The line route was designed to avoid all baobab trees, an iconic symbol of the Tete area, as well as building secure dwellings to protect both project workers and wild animals from any potential attacks.

Beyond the technical challenges, the project has been deemed a wonderful professional and human experience in collaboration with multi-cultural staff from Africa, South America and Europe. As other Zambezi River crossings will have to be built (Mozambique-Malawi interconnector), the lessons learned throughout the Moatize project can be a key benchmark to ensure similar results are achieved, while placing the safety of employees as the number one priority.